"I was on my way to meet my future father-in-law to ask for Sofia's hand in marriage. It was the most significant journey of my life."

Princess Sofia's wedding dress, in three shades of white, was created by the Swedish designer Ida Sjöstedt. The material is full-silk crêpe, lined with Italian silk organza. The dress features lengthwise appliquéd couture lace made by José María Ruiz. This also appears on the train, and was hand-cut and then hand-stitched at Ida Sjöstedt's studio in Stockholm. The dress ends with a long train, and has a lace bodice with a deep V-cut and long, narrow arms with cut-out lace.

The newly made veil, which was also created by Ida Sjöstedt's studio, is made from thin bridal tulle and hand-embroidered with appliquéd sheer cotton lace. The Princess wore her own tiara featuring brilliants and emeralds, which was a gift from The King and Queen.

Later on the evening of the wedding, Princess Sofia wore an evening dress in silk habotai and lace, also created by Ida Sjöstedt.

The traditional myrtle was included in both her hair arrangement and her bouquet. Princess Margareta, who married Gustaf (VI) Adolf in 1905, brought a myrtle bush to Sweden with her. The bush grew and was originally tended at Sofiero Palace. It is now at Ulriksdal Palace. Since 1935, a sprig from this bush has traditionally been used in royal bridal bouquets or worn in the hair in some form. Princess Ingrid, who married the Danish heir to the throne in 1935, took a cutting from the bush to her new home country. Since then, the Danish Royal Family has upheld the same tradition, using myrtle from Princess Margareta's original bush.

Images: The Prince Couple during their wedding in the Royal Chapel in 2015. Photo: Alexis Daflos/Royalpalaces.se. Other photos: Sanna Argus Tirén/Royalpalaces.se 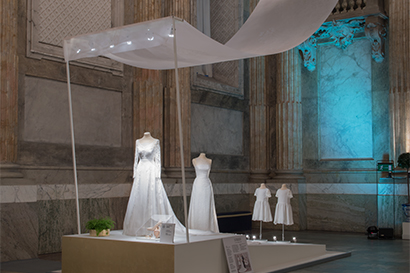 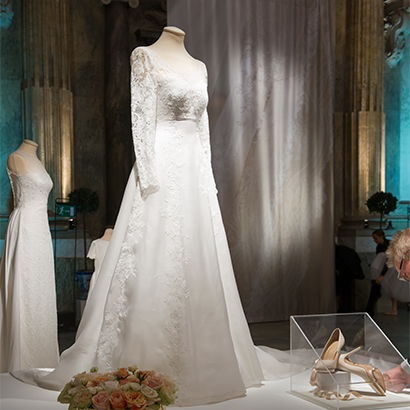 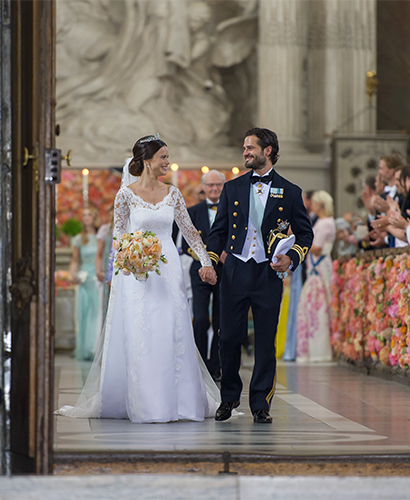 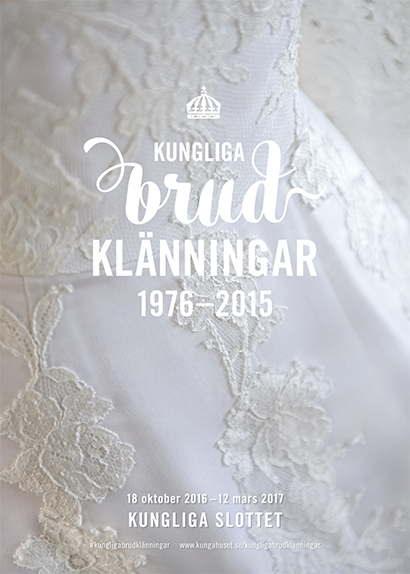 You can see Princess Sofia's dress and accessories in the slideshow below. You can zoom in and enlarge the images via the symbols. It may take a moment for the images to load.